Jordan is the creator of Spirit Science, and author of Patch Tarot, The Book of Patch, and the Book of Spirit. Spirit Science was first created 2011 when his love of animation harmonized with his spiritual awakening the year prior.

Originally this series began with the open hearted intention to make cartoons about what he was passionate about, and to share these spiritual discoveries with the world in a way that was easy to understand.

Over the years, there has been a great deal of growth along his journey, and the lessons he learned along the way made it all worth it. Today, he is now running this video production studio, managing creation teams from all around the world, and holding compassion for all life across the earth!

Jennifer Sodini is an eclectic entrepreneur based on the East Coast. The term eclectic by definition means deriving ideas, style, or taste from a broad and diverse range of sources; that description merely scratches the surface of where Jennifers inspirations and multifaceted abilities come from.

In March of 2013 she founded the website EvolveandAscend.com, which inspires conscious evolution by questioning our current reality and exploring esoteric philosophy, and spirituality.

Jennifer is a contributing writer to many top conscious media platforms, such as Watkins Magazine, Conscious Lifestyle Magazine, Collective Evolution, DMT: The Spirit Molecule, and The Know Culture.

Her modern adaptation of the Seven Hermetic Principles went viral on Facebook, receiving over 2 million views

Jennifer consults with many conscious media brands seeking to develop their digital presence and grow highly engaged online communities focused on the mind, body and spirit.

Jennifer has an innate gift to perceive beyond what is visibly seen. A born psychic and spiritual intuitive, Jennifer has provided oracle card/psychic readings for thousands of people, hosted workshops on “Unlocking Your Psychic Potential”, and given talks about the dynamic between creativity/spirituality at events across the United States such as WITMA, SoulCamp, Rise Gatherings, Lucidity Festival, PEX, Gratitude*NYC, and East Meets West.

Her work in this realm helped inspire the Brown Magick oracle card deck, and Jennifer appeared in an episode of Season 23 of America’s Next Top Model, where she provided oracle card readings for Drew Elliott from Paper Magazine, and the final contestants. Jennifer’s own oracle deck (and accompanying guide book), Amenti Oracle Feather Heart Deck and Guide Book: Ancient Wisdom for the Modern World, will be published by Running Press in Spring of 2019.

Ben Decker, is a social activist, meditation teacher, energy worker, and entrepreneur. He’s the author of Practical Meditation for Beginners, a cross-disciplinary guide to ten different meditation techniques, the traditions that practice them, the scientific studies revealing their physiological efficacy, and instructions for their many real-life applications.

Ben has shared his love of meditation with thousands. His work is universal, well-rounded and rooted in ancient wisdom & modern pragmatism and has also been featured in Cosmopolitan, Men’s Health, Face the Current, Evolve & Ascend, Spirituality & Health, Thrive Magazine, LA Yoga, and more. Ben is a founding Meditation Teacher at the most prominent meditation studios in Los Angeles, including Unplug Meditation, The DEN Meditation, Wanderlust Hollywood, and Mystic Journey.

His love for meditation & the spiritual teachings of ancient traditions goes back to childhood. Ever the idealist and enthusiastic learner, this enthusiasm for meditation has won him praise by Conscious Lifestyle Magazine as “one of the world’s leading meditation teachers,” and Well + Good as a “superstar meditation instructor.”


A lifelong meditator, the spiritual household of his youth held strong emphasis on discipline and spiritual development. Modern, entertaining, and easy to understand, Ben’s classes take even the novice meditator into a deep exploration of their own psyche. In Fall of 2016 he launched his first online meditation offering on the Unplug Meditation Guided Meditation App.

He worked closely with anti-human trafficking organization Unlikely Heroes in the United States and The Philippines and received the Unlikely Heroes Legacy Award in 2012. He also supports the efforts of anti-human trafficking organizations Children of the Night, Saving Innocence, International Justice Mission, The Somaly Mam Foundation, and Together 1 Heart, as well as humanitarian aid organizations Generosity.org and the American Red Cross. As a political activist, he is campaigning for Marianne Williamson’s 2020 Presidential Campaign.

In the past he campaigned for Williamson’s 2015 Congressional run, and has also campaigned for Senator Bernie Sanders and Congressman Tim Ryan. Once praised by Forbes as a “legendary PR maven,” and “a shining example of the talent the philanthropic community needs to attract,” Decker left a prolific career in Hollywood to dedicate his professional life to sharing the universal teachings of global ancient traditions and conscious activism. 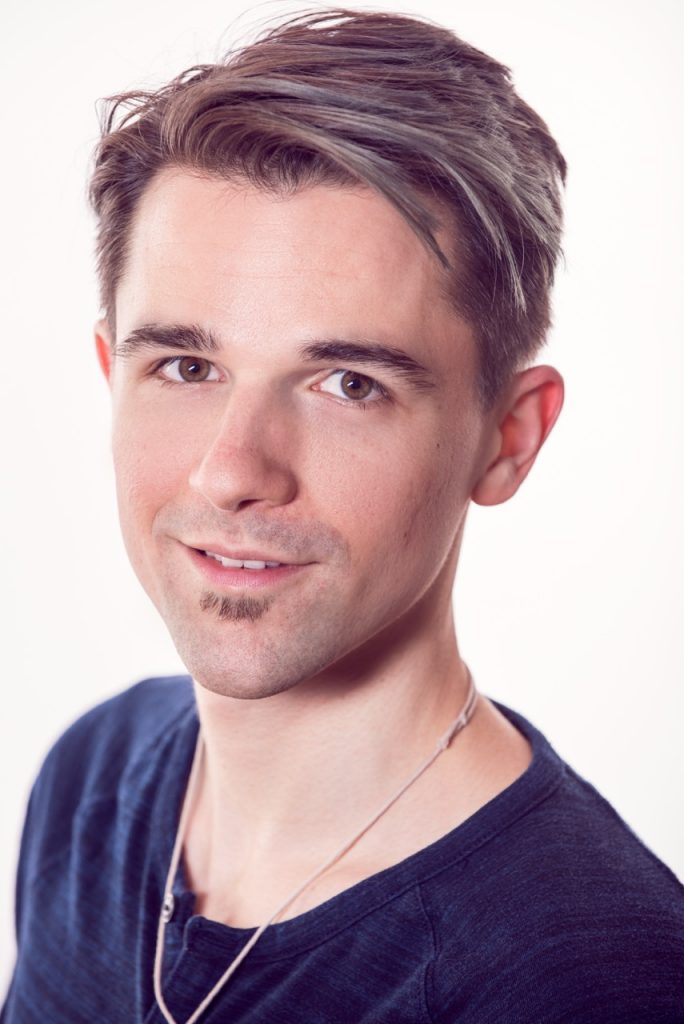 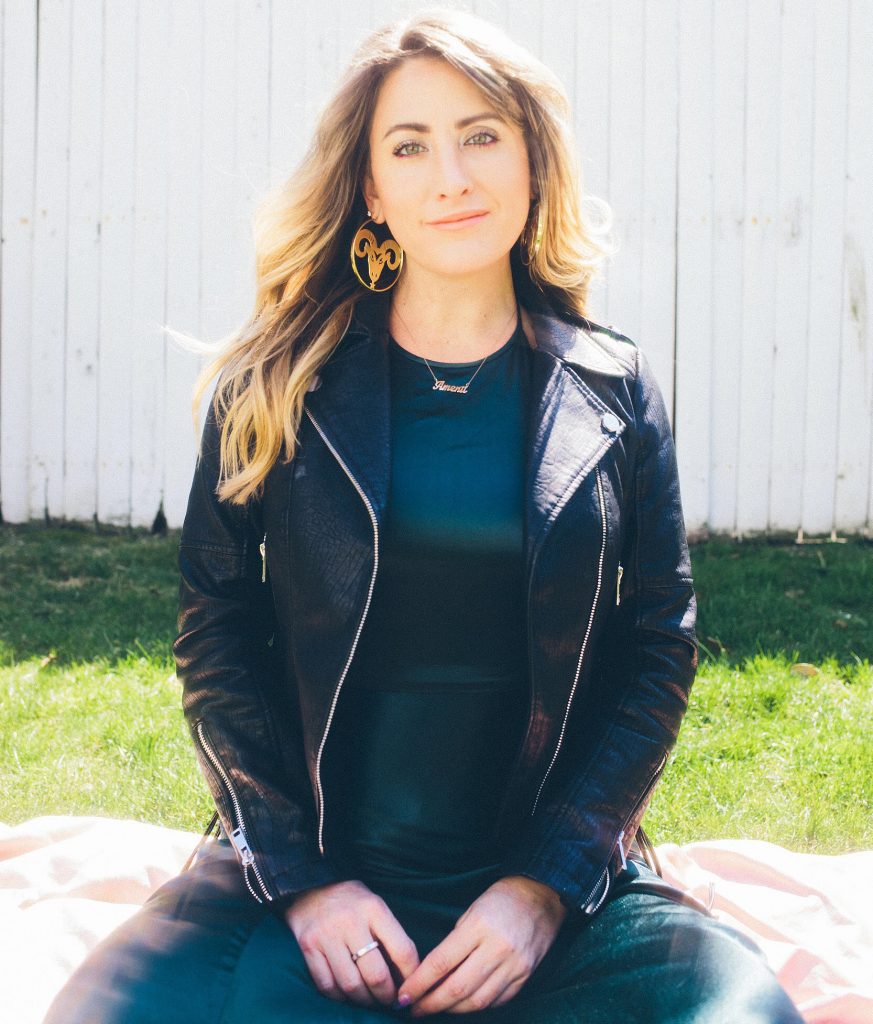 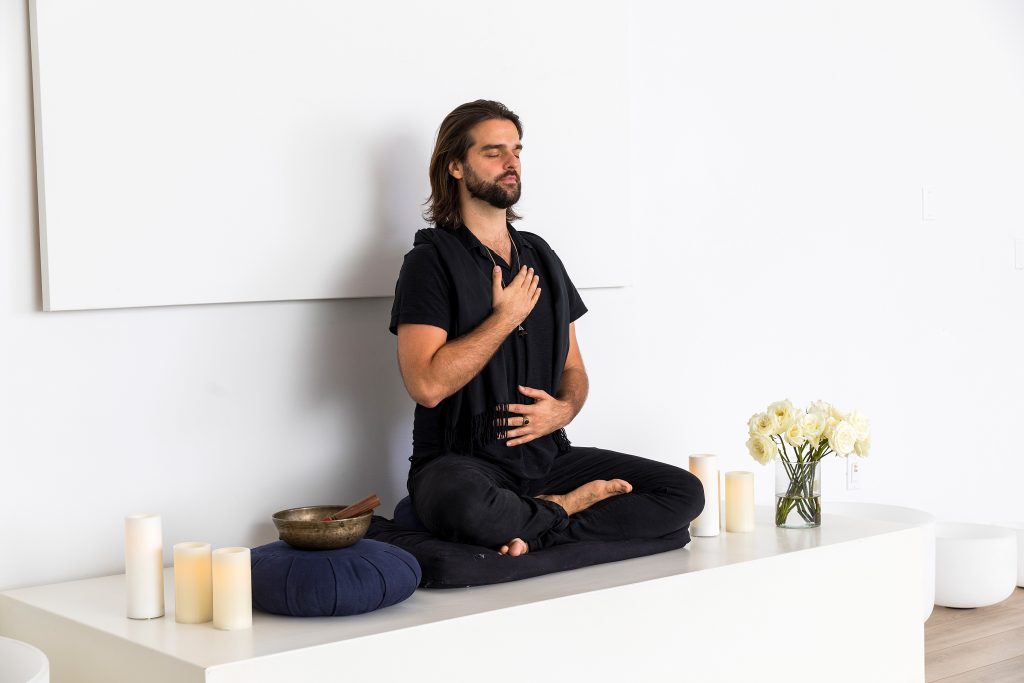 I AM THAT I AM

Throughout our lives, we move through a variety of different perspectives of looking at life and ourselves. The way that other people treat us often has a huge impact in how we view ourselves, and what our role is in life.

The ancient Egyptians once had a very significant matriarchal society at one point, and even the early Christian and Greek Mysteries (such as Gnostics) worshipped the feminine aspects of God along with the masculine. They called it “The Christ Sophia”, speaking to the wisdom of the feminine heart.

In this special workshop, we will be exploring the deep roots of this history, how the feminine was written out of history, and what happens when it is reborn again within us today.

Love is more than an emotion – it’s the bond between the creative cosmic forces with its creation. Throughout history, in every culture, love has been expressed in thousands of ways, and in today’s world we find that love’s opposite, fear, keeps us from honest loving expression.

In the modern world, we find that there is an increasing consciousness that love transcends gender norms, and that certain conservative traditions are finally progressing and evolving to be inclusive of love’s many expressions. In this special retreat, members of the LGBTQ community and allies, will join together to explore the infinite depths of love each and every one of us has access to in the portal of our own hearts.

We will disengage from the trauma, the drama, and the things society and culture has told us about our love, and liberate ourselves from the bondage of the dysfunctional patterns this has forced the LGBTQ community into.

Guests will enter with open hearts and open minds, and leave renewed, rejuvenated, and empowered to bring the supernatural power of a transformed heart with them out into the world, forever changed.

Symbols speak to the subconscious mind in ways that activate our senses, emotions, and perception of reality. We see a shape or color, and it automatically speaks to us in a way that transcends language but inspires action.

The yin yang is a potent symbol, which reminds us of the inextricably linked balance of paired opposites. The rainbow of the LGBTQ+ flag automatically evokes the sense of safety, community, inclusivity, and allies. The peace sign is a universal reminder of hope, harmony, and goodwill.

The power of symbols effects (and affects) our everyday life, in ways that many have yet to awaken to. This workshop will empower you to awaken your abilities to cultivate energy towards your intentions, hopes, and greatest dreams by teaching you how to create and activate your very own unique, and deeply personal, sacred symbol.